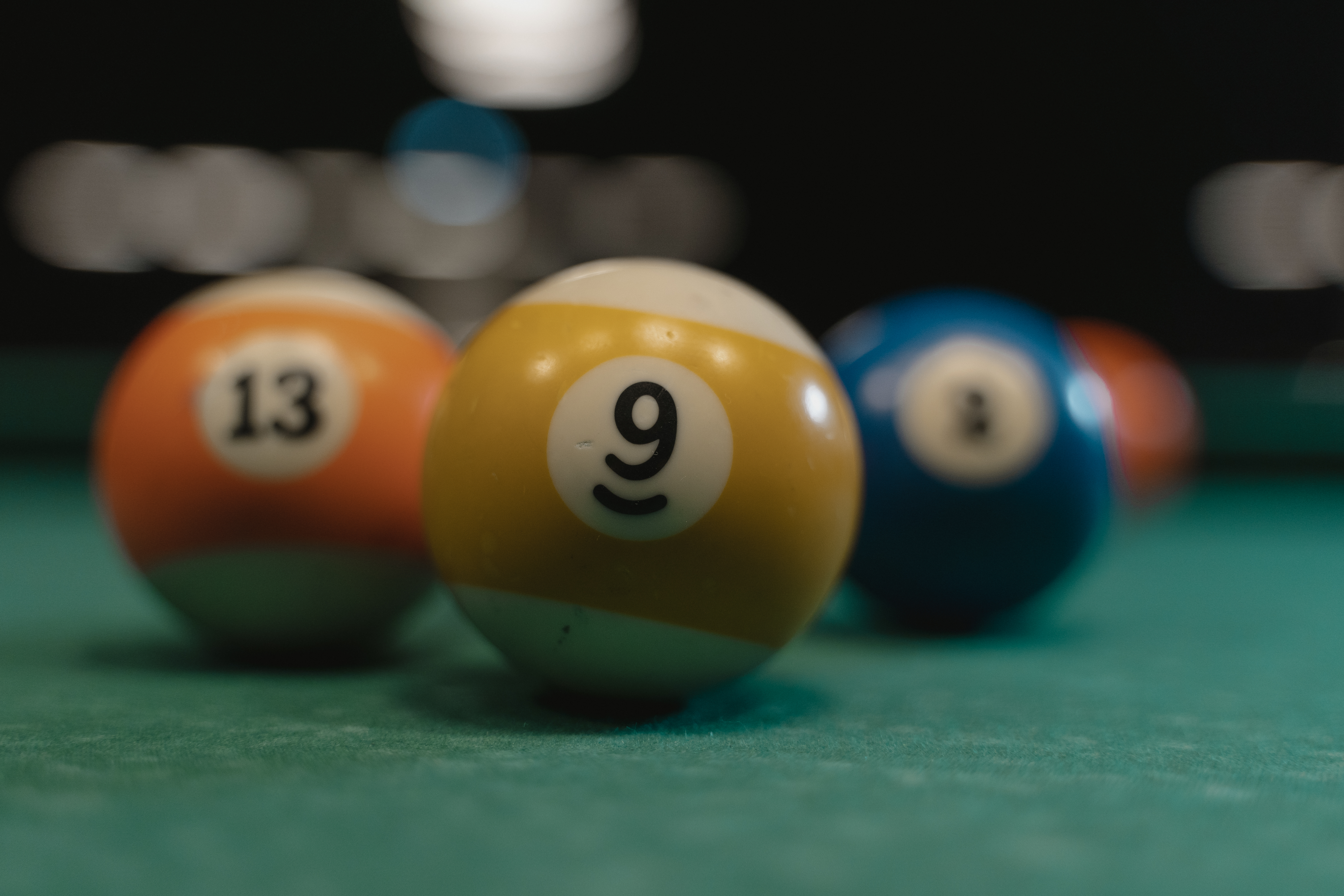 The return of the universal man

Every era has its heroes and its geniuses.

Some of these outstanding personalities shine but briefly through the historical firmament.

But a few are universal men whose achievements transform the lives of people beyond their communities and beyond their time.

Today’s society yearns for the return of the universal man. The restlessness of the human spirit is worldwide. All peoples search for the meaning of life and their place in civilization.

Whether it is nationalism in Africa, industrialism in the East, freedom in the Iron Curtain countries, or racial strife in the United States, the winds of change are reaching gale force. Conditions demand captains who can sail on all seas.

Such men are in this nation today, perhaps unaware of their universal capacity, perhaps unwilling to join the fight. However, the needs of their fellow men and their posterity demand that universal men step forward.

The term “universal man” was first applied to Leonardo Da Vinci and Michelangelo, the giants of giants during the period of history we know as the Renaissance.

The Renaissance lasted 300 years, from the 14th to the 16th century. It was a “renaissance”, the dawn of a new golden age of creativity.

Da Vinci and Michelangelo typified the kind of men who guided us from the Middle Ages to the modern world as we know it today.

They had the four C’s of the human spirit that made the universal man understand and follow:

The Renaissance was characterized by its interest in man and ethics. It was accompanied by a great burst of individual creativity in. literature, painting, sculpture, architecture and science.

It was a historical miracle that interrupted the ordinary course of evolution, a sudden breakthrough and acceleration of new ideas, an event that we are experiencing again today.

These men had an enormous curiosity about the world, but more particularly about the nature of man.

There was an ardent search of classical literature and archeology for clues to the beginning of man; and of science and philosophy as to his fate.

The universal man had broad interests. He struggled to know something about everything, since he wasn’t sure where he would find the key to unlock a labyrinth of doors that confine the human spirit.

This curiosity sparked an age of discovery. Columbus, Magellan and Vasco da Gama found unknown lands across unknown seas. It was the beginning of a long road towards internationalism, still today in its first and painful stages.

Curiosity, aided by creativity, also inspired the invention of the telescope, the microscope, the printing press, and gunpowder. We can debate the merits of these technological advances, but there is no doubt that they profoundly transformed our lives.

The creative impulse to speak universally brought about the beginning of our great body of vernacular literature. For the first time, the authors wrote for the common man, in the language of the market. Fiction was born with the sole purpose of giving reading pleasure. Shakespeare transformed drama into a new art form.

Painters and sculptors, architects and craftsmen, all were consumed by the fire of creativity. Art evolved for the sheer taste of beauty. Pleasing proportions and colors were applied to everything from swords to palaces.

Pride in craftsmanship was the hallmark of the universal man. He not only studied and designed new works, but he dedicated himself to making his own tools and carrying his own mortar.

Michelangelo mined the marble for his magnificent Pietà and ground his own pigments for the Sistine Chapel ceiling paintings.

Such versatility in the workforce led to a cross-fertilization of ideas: skill in various fields. Thus, Da Vinci was able to create the Mona Lisa and the first war tank from the same fertile mind. He designed flying machines, water filtration plants, and sonatas with equal ease.

What united all these driving forces was the fourth C of the universal man: consideration.

Consideration for the other man. This was the beginning of the humanist movement – of individualism – of the transcendent value of a single person.

The remnants of feudalism, dogmatism, reliance on authority in spiritual and scientific matters, censorship of thought, religious intolerance, and trade restrictions came under the attack of humanism.

The concept of courtesy was born. And respect for femininity. The moral qualities of honesty, loyalty, and consideration for others were ingrained in our culture.

The universal man was tolerant of the defects of other men, recognizing his own. He seriously listened to the ideas and opinions of others as he looked for ways to adapt whatever good he could find into a larger whole.

For the first time, universal man discovered his social consciousness. He created the institutions of hospitals, orphanages and poor houses. He came to believe that although he was not his brother’s guardian, he was his brother’s helper.

Before the energies of the Renaissance were absorbed by the imperial wars of the 17th and 18th centuries, the ideal of a universal man – informed, versatile, capable, useful – was firmly established.

(Last week: In every golden age of civilization, opinion leaders have been “universal men,” those who possess the four “Cs” of curiosity, creativity, craftsmanship, and consideration for others.)

A new flowering of individualism and a revival of universal man occurred in the eighteenth century, a period we call the Age of Enlightenment.

He popularized a rationalistic and scientific approach to social, political, economic, and religious questions.

Again, he was recognized for his intellectual curiosity, his flexibility in adopting new ideas, his involvement and service to society at large.

Once again, he spoke across national borders to people everywhere.

The political heritage of present-day France and the United States, and the idea of ​​a republican and representative government everywhere, is the daughter of the universal men of the eighteenth century.

Today, in the 20th century, dissatisfaction with the old order is making a comeback. The human spirit that has been stifled for too long by a worldwide Depression, two World Wars and totalitarian ideologies, is fighting for a Renaissance.

Humanism and individualism are on the march once again. Authority is challenged, old values ​​are questioned.

The discovery of new worlds has moved from the high seas to outer space.

Atomic energy has made gunpowder obsolete. Television and computers have given communication a new dimension.

Even service concepts have changed.

Is universal man a fifth wheel in a welfare state, a socialist state, a communist state?

Have Social Security, socialized medicine, and the United Foundation eliminated the need for personal charity?

Has individualism stifled automation, specialization, and the megalopolis?

Is God dead, is LSD a new path to spiritual excitement, and is sex a substitute for creativity?

The answers to these questions are a resounding NO.

Precisely because the individual is lost in our modern society, the need for universal men is urgent.

We have too many special advocates leading us down blind channels. The universal men of our time are nothing more than a vanguard.

Others must step forward to share the responsibility and the satisfaction of constructive engagement.

Every person owes it to themselves and their society to further develop their four universal C’s. There is fun and satisfaction in doing it.

He is curious about everything. Buy a telescope. Read the Great Books. Go to a political rally. Visit to the ghetto. Join a discussion group. Ride. Attend Council meetings. Host a foreign exchange student.

The first three C’s of universal man, however, are just exercises that strengthen your individualism and “tune” you to the aspirations of others.

It teaches you through activity and participation to recognize the main thrust of the human spirit in your particular place and time. It helps you determine what is truth and what is pretense, what is responsibility and what is hooliganism.

In short, consideration for others is the ultimate contribution Universal Man can make to society.

All of us have the potential for universality. The heroes of yore were products of their time. The question is, do we have the motivation to share our concern with the impoverished, disillusioned, and undereducated of the world? More particularly, can we help others in a practical and unassuming way, leaving aside emotion and personal appreciation altogether?

We have enough bleeding hearts crying and beating our chests, not enough concerned citizens in general to collaborate with their abilities and influence to make significant changes within the framework of reality.

We can shape our world for ourselves and future generations if we engage constructively in solving the problems of our day. Our inaction will allow the riffraff of society to suppress us.